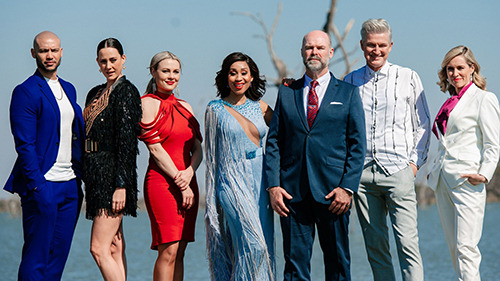 Dineo makes a drastic about-turn in her feud with the Price sisters, shocking even her own lawyer. Petra’s new journey coincides with the arrival of a new senior team member who takes a shine to her immediately.

A declaration of war

With James’ encouragement, Felicity decides that Dineo’s olive branch is really a declaration of war. At the make or break board meeting, a secret ballot ends in shocking slap in the face – literally.

A family at war

The Price family divide widens as the court case approaches. Petra finds herself compromised as a colleague tests the line.

Petra tries to set some boundaries with a colleague, but finds herself increasingly off-balance. Angelique and the Price sisters fire off a devastating and dishonest opening salvo in the court case against Dineo.

As Dineo is shredded in court, it seems more and more certain that Felicity will get all that she desires. Mike’s attentions make Petra increasingly uncomfortable. She reaches out for help from Angelique, the one person who can intervene.

The court case that has driven the Price family reaches its unexpected verdict. Petra blows the whistle on Mike’s inappropriate advances.

With Sims’ help, Petra attempts to smoke out Mike. Dineo convinces herself that what happened with the familiar stranger meant nothing.

Dineo makes a radical proposal to Felicity, as someone else makes a tempting proposal to her. Petra struggles to maintain her composure in the face of Mike’s insidious campaign to master her.

The past must meet the present

Petra is drawn ever deeper into her boss’ sexual manipulation. Dineo considers putting Sebastian to rest once and for all.

On the same page

Sanele and Sims worry as Petra slides deeper into danger. Dineo puts herself in a situation she would prefer no one knows about.

Petra justifies ‘playing the game’ with Mike, but is drawn ever further under his influence. Msizi continues pursuing his new interest, but soon discovers he’s not in the driver’s seat.

Lexi is horrified when Dineo questions her intentions. James assures Angelique that he might be onto something concerning Dineo.

Determined to expose her boss as a predator, Petra uses herself as bait against Stefan’s better judgement. In the flush of new romance, a new unlikely couple unwittingly lead themselves to the guillotine.

Felicity leverages Dineo’s secret to try and wrest control of Legacy from her. Petra must decide what to do with the evidence she’s gathered on Mike.

Dineo has a surprise visit at work, someone who has an axe to grind… Spilled coffee and a friendly waitress awakens long buried feelings in Willem.

Willem feels the stirring of a new life, but can he act on it? Felicity drops a bombshell on SJ that threatens to destroy his relationship with Dineo.

Love and all its gimmicks

SJ gives Dineo a scary ultimatum. Charmaine finds her way to Willem’s heart, but comes with a lot of emotional baggage.

Petra watches in horror as Willem falls ever harder for the new lady in his life. Dineo throws caution to the wind and goes after what she wants.

Premiere episodes of Legacy air on Me from Mondays to Thursdays at 20h00.